Which Lucia Took To Her Grave 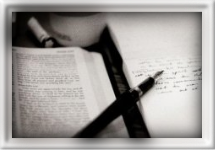 A book has been published with the title of: Um Caminho Sob o Olhar de Maria [A Walk Under Mary's Gaze (our translation)] (1) which is the biography of Sister Lucia compiled, edited and published by the Carmelites of Coimbra (Portugal) (2) , the cloistered convent where she spent the second half of her life.

In this book an earthshaking revelation has been made about the revealed Third Part of the Secret of Fatima as well as very important information confirming and/or clarifying what we have already published and discussed in various Fatima documents.

This document will be published every time a new Section is added and/or enhanced so as not to delay the publication of the information that will allow humanity to fully understand the Fatima Phenomena, its relationship with the bloodiest century of humanity - 20th Century - and how it will conclude early in the 21st Century.

The key sections will be covering: I. The Revealed Third Part of the Secret; II. The Consecration to the Immaculate Heart of Mary; and III. New information further confirming our claim that the Roman Catholic Church Administration is fully responsible (3) for what took place in the bloodiest century of humanity - 20th Century.

I. The Revealed Third Part of the Secret. (4)

On September 15, 1943, while she was in Tuy (Spain), the Bishop of Leiria ordered Lucia to write the Third Part of the Secret because she was very ill and they feared that she could die and take the secret to the tomb with her.

She told him that she could not since she had been forbidden by Mary to do so. At this point the Bishop asked her whether Mary had or had not told her to unquestionably obey him. Lucia acknowledged that such was the case. Then, the Bishop added (our translation): "Then, this is it. I ask for it for the Glory of God and of Our Lady. She will not be upset, and if She is, it will be with me. You will be Blessed for your humility and obedience."

At this point Lucia starts trying to write down the secret but she just could not. As many times as she tried to do so it seemed that there was a supernatural force blocking her while, at the same time, she could write about anything else without any problems at all.

She sought counsel and advise from her confessor, and others, including the Archbishop of Valladolid (Spain), D. Antonio García y García whom she contacted on December 1943. Still, she was unable to write it down.

On January 3, 1944, (5) she tried once more and failed again. She stopped trying and went to the chapel as she usually did at 4 P.M. to pray before the Blessed Sacrament.

While absorbed in prayer this is what happened according to Lucia's words (our translation):


"I then felt a friendly hand, loving and maternal, touching my shoulder. I raise my eyes and I see the dear Mother from Heaven. (She said) 'Do not be afraid; God wanted to test your obedience, faith and humility. Be at peace and write down what you have been ordered, but not what I have explained to you it means. After writing it, place it in an envelope, seal it..... and write on the outside that it can only be opened in 1960 by the Cardinal Patriarch of Lisbon or by the Bishop of Leiria.'"


After an ensuing mystical experience/state, she was able to write it, while kneeling by her bedside which she used as a table top, with great ease.

She never said a word to anyone about the meaning of the imagery she described in the text she wrote and which people - Vatican included - think is the Third Part of the Secret of Fatima. If anyone asked her what it meant she always said (our translation): "Is interpretation belongs to the Church." Which translates in day-to-day English as: "Is up to the Church to interpret it."

All of the above can be summed up as follows: She described in words the images she saw. Their meaning, which contained the Third Part of the Secret as explained by Mary, she kept to herself and took with her to the grave.

That is: The Third Part of the Secret of Fatima was apparently revealed yet it was not!

This is why she said during her disclosure of the first two parts of the secret:


The Holy Father will consecrate Russia to me, and she will be converted, and a period of peace will be granted to the world. In Portugal, the dogma of the Faith will always be preserved; etc.... Do not tell this to anybody. Francisco, yes, you may tell him."


Since Francisco could always see but could never hear Mary, he only saw the imagery of what people believe to be the secret, but, Mary's interpretation of its meaning - which was, and still is, a secret - had to be told to him by Lucia.


II. The Consecration to the Immaculate Heart of Mary

On December 10, 1925, Lucia's room suddenly becomes illuminated. Mary, holding the Child Jesus appears enveloped in luminous cloud. The Child Jesus, alluding at the Immaculate Heart of Mary, encircled in thorns, which She holds on the palm of Her hand, says: Take pity on the Heart of your Holy Mother which is covered with the thorns ungrateful men continuously pierce it with without having anyone to make the reparation necessary to remove them.

Immediately Mary continues: My daughter, look at My Heart encircled by the thorns ungrateful men continuously pierce it with their blasphemies and lack of gratitude. At least you try to console Me... etc. (6)

Mary then proceeds to request the First Five Saturdays of Reparation.

In the meantime, Mons. Pereira Lopes responded to Lucia's original letter. Lucia responded to it and then informed him of a new vision on February 15, 1926.

On that day Lucia was taking out the garbage to the same place where, several months before, she had ran into a young boy. [At that time she had a brief conversation with him about praying the Hail Mary, etc. At the end of their brief conversation Lucia told the child to go St. Mary's Church every day and say: Oh, my Heavenly Mother, give me Your Child Jesus!]

By February 15 Lucia had already forgotten that apparently minor encounter until she met again a boy who reminded her of that event. Since he looked like the one she had spoken to months before, she said to him: Have you asked the Heavenly Mother for the Child Jesus?

To which this apparently normal boy responded: And have you spread throughout the World that which the Heavenly Mother asked you to?

At this point the boy transformed himself into an illuminated vision. She immediately recognized the boy as Jesus and proceeded to explain to Him what she had done about it and how neither the Mother Superior nor her confessor had made any effort to act upon the request. As a matter of fact, Lucia's confessor simply said that it was not necessary.

Faced with this Divine insistence, Mons. Pereira Lopes decided to avoid the responsibility and instructed Lucia to, henceforth, interact directly with the Bishop of Leiria. (7)


III. New information further confirming our claim that the Roman Catholic Church Administration is fully responsible (3) for what took place in the bloodiest century of humanity - 20th Century.

This will be the next topic.


and... A Confirmation Regarding What to Expect

Published on February 2nd, 2014 - The Presentation of Our Lord Jesus in the Temple

© Copyright 2014 - 2022 by The M+G+R Foundation. All rights reserved. However, you may freely reproduce and distribute this document as long as: (1) Appropriate credit is given as to its source; (2) No changes are made in the text without prior written consent; and (3) No charge is made for it.


Our Documents on Fatima - An Index

To search for information:  Search Page  |  Index of Documents