How Freelance (*) ISIL Members Are Being "Recruited" 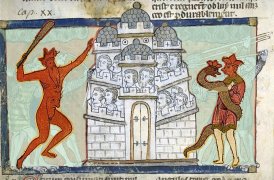 (*) freelancer: a person who contends in a cause or in a succession of various causes, as he or she chooses, without personal attachment or allegiance.

The purpose of the second part of this document is to illustrate the chilling - and politically unstoppable - method of recruiting for free-lance work to fulfill ISIL's master objectives as explained in Part 1 of this document. (1)

On an article (2) published on July 18th, 2016, regarding the latest mass murderer in Nice, France we read:
[our highlights]


... a rampage by an ‘instant jihadi’ with an address book full of johns may push the country over the edge. What French investigators found on the phones of the Muslim murderer who slaughtered 84 people on the promenade along the sea in Nice, France, on Thursday night should not have been surprising. But it was. The cops were looking for imams. What they found were johns. ["johns" is a term used for men who buy sexual favors] It turns out Mohamed Mondher Larouaeij Bouhlel was “a hustler”,... He was inclined to have sex with any gender, and, according to a report in Le Parisien, which has strong law enforcement sources, his most devoted client/lover was a 73-year-old man. Bouhlel appears to be, indeed, part of a new genre of terrorist, the instant jihadist who decides more or less suddenly to turn his miserable little life into a world-famous spectacle of death. There are many people like that to be exploited. As the French daily Le Monde noted in its profile of Bouhlel, “triggering from a distance the morbid impulses of fragile individuals is an integral part of the strategy of [ISIS]”. Potentially the most frightening part of Bouhlel’s grotesque checkout from the land of the living is that his attack came at a moment when France and Europe are so divided and the political atmosphere so fraught that even the insane act of a low-life trying to purge his personal demons with the blood of innocents could have cataclysmic consequences.

Since we are only trying to present the needed inside information for those who have Eyes to see and Ears to hear and not trying to convince anyone of anything, this will be a very brief document.

As we pointed out and graphically illustrated in our document The Spiritual World - How It Influences Our Behavior (3), spiritual wounds inflicted in the soul during its journey in Time become entry points for demons who will, essentially, commandeer the wounded self.

The brutality exhibited by ISIL actors and which, in many cases, is being masked by the controlled media, is straight out of hell. Not all acts of violence, murder and war show the wanton and enjoyed brutality as those conducted by, or under the influence, of ISIL which is the visible political arm of satan.

The number of seriously wounded souls is beyond what most mortals can even begin to understand, and the wounds which can be easily infected by the demons of the ISIL variety, is staggering.

Therefore, there is absolutely nothing, politically speaking, that can be done to prevent the ever increasing brutality that the world is now experiencing, and will experience, at the hands of ISIL. Nothing!

The only acts which could reverse this unstoppable trend is fasting and praying [Mark 9:28]. That has been replaced by feasting and playing in the world today.


Yesterday God gave miguel de Portugal the fourth confirming sign that all of the Elect have been already marked and that He is allowing the complete, and unimpeded, free fall of the world without any further intervention. The only exception to this nonintervention stage regards the protection of those who have been marked; those who seek Him. Think of it this way: God instructed His angels to finish marking His Elect and then He turned His back on the world allowing all manner of evil to befall it.


The world has been amply warned!


What is really behind the meteoric rise of ISIL?

© Copyright 2016 - 2022 by The M+G+R Foundation. All rights reserved. However, you may freely reproduce and distribute this document as long as: (1) Appropriate credit is given as to its source; (2) No changes are made in the text without prior written consent; and (3) No charge is made for it.

The Only Solution to Terrorism is to obey Jesus Christ

Terrorism is Not the Problem - The Problem is Religious Fanaticism

The Many Faces of satan - Who Are The Terrorists Responsible For Ruining The World?

The Real Objective of Terrorism - A Police State?

Fanaticism is not part of the legacy of Jesus Christ

To search for information:  Search Page  |  Index of Documents