The Time Line of the Creation of Today's Human

The purpose of this study is to:


(a) Provide those interested with an accurate and realistic Time Line of Creation of today's human and a clear description of the world as it will be after the global upheaval already underway (1);
(b) Dispel some persistent myths about ancient civilizations and about the theory of man-made global warming;
(c) Show that some fabled events in prehistory and ancient history - events which the modern mainstream intelligentsia dismisses as "myths" - actually occurred;
(d) Intelligently speculate why certain real events in the ancient world are - despite the accumulating evidence  - still treated as "myths."  (An accurate understanding of some of these alleged "myths" is essential now, since these "myths" may be related to the  falsification of the true Second Coming of Jesus Christ);


We will do this in broad brush strokes - not trying to explain every detail nor attempting to clarify every mystery of antiquity. That would be presumptuous.

Professionals and enthusiasts who study, debate, and publish endlessly on these matters will find that they will never discover the complete answer to these ancient mysteries by applying scientific theory and advanced technology alone. Nor will a full answer be found in a strict, literal interpretation of any religion's Holy Texts. The truths about these mysteries will be evident only to those who are open to Divine revelations, and who also diligently pursue the truths revealed through valid scientific methods.

Throughthe pages of this book, the alert reader will better comprehend the reality of God, as well as the great merits of science (which, coupled with Divine Illumination, can answer all the questions that man needs to have answered).

To those who are non-believers or who take the Sacred Scriptures as mere fables, we suggest that the following information be processed with an open mind, then, its natural coherence will allow you to understand it regardless of your fundamental belief system.

There is a new science in the tool box of those who delve into mankind's past: Archeo-astronomy.  By determining the position of the stars in the Universe in relation to our planet at any given time, a time-line can be established with relative accuracy.  When that information is combined with the secrets revealed through the sciences of Archeology, Archeo-climatology and Archeo-genealogy, a very clear picture of humanity's past begins to emerge - a picture that is not always in agreement with the present-day scientific or religious consensus.

Revelations (and infused knowledge) from God confirm and amplify the picture of the past that science portray. All of this also provide a clear picture of what the world will be like after the already developing global upheaval (1). In addition, it also allows us to unmask – in advance – the deceptions and evil strategies associated with the falsification of the Second Coming of Christ.

For all the details you are invited to carefully review.... 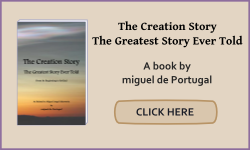 
"We are facing a short, but very severe, time of trouble for the entire world. It will be more severe than the 1914-1945 period, but much shorter in duration and affecting every part of the world. This time, the US will not escape with little harm as it did in the two previous World Wars.

There will be major natural and man-made disasters - which have already commenced; the nuclear climax of World War III (which started on September 11, 2001) will take place, followed the attempt of establishing the One World Order, an attempt which will be "crowned" by a falsification of the Second Coming of Christ.

Only Divine intervention will pull us back from the edge of complete destruction."

Originally Published on January 25th, 2009 - The Conversion of St. Paul


Copyright 2009-2018 by The M+G+R Foundation. All rights reserved. However, you may freely reproduce and distribute this document as long as: (1) Appropriate credit is given as to its source; (2) No changes are made in the text without prior written consent; and (3) No charge is made for it.