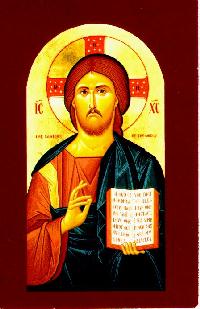 What is The Eastern Orthodox Catholic Church

Most people in the United States of America associate the "Orthodox Church" with the Greek, and lately, with the Russian Orthodox Churches. This is partially correct.

Each Patriarchate is headed by its own Patriarch, organizationally independent of each other, but in spiritual communion with all other Patriarchates.

Originally, at the turn of the first millennia, there were five Patriarchates: Constantinople, Alexandria, Antioch (where the adjective "Christian" was for the first time coined to identify the followers of Jesus Christ), Jerusalem and Rome.

In the year 1054, as a result of political reasons thinly veiled under theological differences, the Patriarchate of Rome separated itself from the rest and became what is known today as the "Catholic Church".

The "Orthodox Church" only accepts the decrees and decisions of the first seven general church councils - two at Nicea, three at Constantinople, one at Ephesus and one at Chalcedon.

The "Orthodox Church" does not deny the Primacy of the Successor of Peter, the Patriarch of Rome. However, that "Primacy" is interpreted as "First Among Equals" and not "Supreme Infallible Ruler".

The Realationship According to the Roman Catholic Church Catechism (2nd Edition)

838 "The Church knows that she is joined in many ways to the baptized who are honored by the name of Christian, but do not profess the Catholic faith in its entirety or have not preserved unity or communion under the successor of Peter."  Those "who believe in Christ and have been properly baptized are put in a certain, although imperfect, communion with the Catholic Church." With the Orthodox Churches, this communion is so profound "that it lacks little to attain the fullness that would permit a common celebration of the Lord's Eucharist." (324) [324 Paul VI, Discourse, December 14, 1975; cf. UR 13-18.}

1399 The Eastern churches that are not in full communion with the Catholic Church celebrate the Eucharist with great love. "These Churches, although separated from us, yet possess true sacraments, above all - by apostolic succession - the priesthood and the Eucharist, whereby they are still joined to us in closest intimacy." A certain communion in sacris, and so in the Eucharist, "given suitable circumstances and the approval of Church authority, is not merely possible but is encouraged." (238) [238 UR 15 § 2; cf. CIC, can. 844 § 3.]

We rejoice to see that, although the smoke of satan is choking the Catholic Faith, the true servants of God within the Church are, in very subtle ways, upholding the Eternal Truths.

Allow us to elaborate...

What brought about the final break between Rome and the other Patriarchates of the original Catholic Church was, as it is usually the case, one man's ego versus another man's ego. Rome determined that the Holy Spirit proceeded from the Father and the Son, the rest of the Church insisted that the Holy Spirit proceeded only from the Father. Although the Holy Scriptures sided with the Eastern Church, Rome prevailed and the East-West schism came about.

It is the Will of God that now we point out that: On the Special Insert of the English Edition of L´Osservatore Romano [No. 36 - 6 September 2000], in which the Congregation for the Doctrine of the Faith published the complete text of Dominus Iesus, the Creed which appears under Section No. 1 reads:

...I believe in the Holy Spirit, the Lord, the giver of life, who proceeds from the Father. With the Father..."

Without much fanfare, the Congregation for the Doctrine of the Faith seems to have acknowledged Rome's initial error. This action swings the door wide open for the happy reunion of the two "pieces" of the One Holy Catholic Church.

The Primacy of Peter is not a stumbling block since the Pope of Rome is officially recognized as the Successor of Peter by the Eastern Orthodox Catholic Church. The only two issues that seem to be in the way are: Money and Control.

Money: Both sides are still bickering about the Roman property confiscated in Russia during the Soviet rule. Some of it eventually ended up in the hands of the Russian Orthodox Church and Rome wants it back;

Control: This issue relates to the aggressive Evangelization effort by the Roman Catholic Church in Russian territory. Why Evangelize in a land which has the foundations of the Catholic Church well in place? The Russian Orthodox Church does not need Rome's help to bring the lost sheep into the fold. There are enough non Christians throughout the world [4 thousand million] who do not even know Jesus. Why not focus on them and leave Russia alone?

What Rome had to do for Russia was spelled out by Our Lady of Fátima and it was not done in a timely basis and the condition of the world today is a direct result of that. So why the sudden interest in the souls of the Russians now?

Let us continue to pray so that the suffering in the world may be reduced, while assisting in the efforts to unite the people of God - starting with the One Holy Catholic Church. This is the dream that our beloved John Paul has carried in his heart for decades; a dream that has been thwarted so far by those around him who, tragically enough, control him.

Related Pages outside our Domain

The Ecumenical Patriarchate of Costantinople


© Copyright 1999 - 2016 by The M+G+R Foundation. All rights reserved. However, you may freely reproduce and distribute this document as long as: (1) Appropriate credit is given as to its source; (2) No changes are made in the text without prior written consent; and (3) No charge is made for it.

Please Note: If the above dated image does not appear on this document, it means that you are not viewing the original document from our servers. Should you have reason to doubt the authenticity of the document, we recommend that you access our server again and click on the "Refresh" or "Reload" button of your Browser to view the original document. If you wish to contact The M+G+R Foundation, please Click Here and follow the instructions.