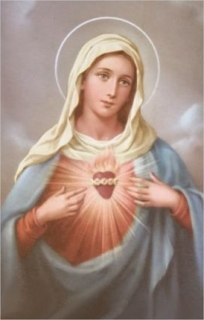 The Third Part of the Secret of Fátima

Its Confirmation by His Holiness John Paul II

This document is being prepared minutes after His Holiness John Paul II concluded the Homily of the Holy Mass offered as part of the Beatification Ceremonies of Francisco and Jacinta Marto, two of the three visionaries of the Fátima events on 1917.

In his Homily, our beloved John Paul II was able to, once again, masterfully sidestep the enemies of God and His Most Holy Mother and confirmed what the remaining known part of the Secret was.

He spoke of the events of July 13, 1917, when the Virgin Mary revealed the Secret to the three shepherds. He spoke about the parts which had been revealed already and spoke of the example given by Francisco and Jacinta. Example of a life of prayer and penance.

He then proceeded to tie the apparitions of Fátima to the readings of the Book of Revelations - specifically Chapter 12, and then, finally reminded us that:

...the example of the life of prayer and penance that Francisco and Jacinta gave us, with the knowledge of the Secret engraved in their hearts guiding their every action, was to be emulated by the faithful as we lived through the period of Tribulations. To assist us in living through it while shortening it.

He clearly tied said period of Tribulation to now; he tied the Holy Father to which Jacinta saw suffering so much to himself, the dragon of Revelations 12:3 with the evil that pervades the world throughout today.

What further confirmation from The Vatican does the faithful need to realize that we are living at the very End of These Times?

It is quite safe to assume that H.H. John Paul II was not aware that what Sister Lucia wrote, and sent to the Vatican many years ago, was only the imagery of the third part of the Secret without the explanation of what it meant, as per Mary's verbal explanation at the time of the revelation

Copyright 2000 - 2016 by The M+G+R Foundation. All rights reserved. However, you may freely reproduce and distribute this document as long as: (1) Appropriate credit is given as to its source; (2) No changes are made in the text without prior written consent; and (3) No charge is made for it.