The Importance of Coherence


Coherence Among Supernatural Messages and the Holy Scriptures 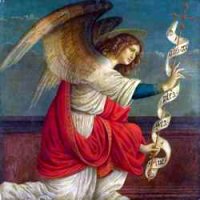 The primary intent of this document is to demonstrate to the reader the application of the Principle of Coherence. This Principle will assist the Faithful to more accurately discern the errors of translation, omission and/or outright fraud in alleged supernatural communications as well as in the many versions and translations of the Holy Scriptures. (1)

Secondarily, this document endeavors to assist anyone else seeking to make some sense out of all the supernatural events and communications which allegedly are taking place all over the world and which continue to grow in number and in errors.

Exactly what is meant by "coherence"? "Coherence" means that, when related information comes together, it must make sense and dovetail perfectly, that is, it must be "coherent". There are two distinct types of coherence: "internal coherence" and "external coherence".

In "internal coherence" all of the components within a given thought/principle/law/news report must dovetail internally; however, that does not mean that what it profess is correct.

The proof of correctness comes when that given thought/principle/law/news report also dovetails with confirmed (external) reality.

Examples Demonstrating the Principle of Coherence

First we should review some of the widely accepted supernatural communications.

1. Messages through Source No. 1 [Faustina Kowalska - Divine Mercy] tell us that:


"Oh how pleasing to God is the soul that follows faithfully the inspirations of His grace! I gave the Savior to the world; as for you, you have to speak to the world about His great Mercy and prepare the world for the Second Coming of Him who will come... Oh, how terrible is that day!"

"Determined is the day of justice... The angels tremble before it. If you keep silent now, you will be answering for a great number of souls on that terrible day. Fear nothing." March 25, 1936


Which is true and we can vouch for it personally.


2. Messages through Source No. 2 [Conchita González - Garabandal] tell us that:


Which is true and we can vouch for it personally.


3. Messages through Source No. 3 [Don Gobbi - Marian Movement of Priests] tell us that:

b. "In this period of ten [1988-1998] years there will come to completion that fullness of time which has pointed out to you by me, beginning with La Salette (2) all the way to my most recent and present apparitions." [September 18, 1988]

c. "In this period of ten years there will come to completion the time of great tribulation, which was foretold to you in Holy Scripture, before the second coming of Jesus." [September 18, 1988]

Among the many Biblical writings dealing with His Second Coming we shall highlight the following:


Revelation 13: 1 Then I saw a beast come out of the sea... 2 ... To it the dragon gave its own power and throne, along with great authority. ...11 Then I saw another beast come up out of the earth; it had two horns like a lamb's but spoke like a dragon ...12 ... made the earth and its inhabitants worship the first beast.

Matthew 24: 15 When you see the desolating abomination spoken of through Daniel the prophet standing in the holy place (let the reader understand), ...

Matthew 24: 30 And then the sign of the Son of Man will appear in Heaven, and all the tribes of the earth will mourn, and they will see the Son of Man coming upon the clouds of heaven with power and great glory.

If all three of those messages were true, all Scriptural writings regarding the Second Coming of Our Lord would have to be fulfilled very soon - which is the case. Our Lord Himself gave witness to this reality as He would not expire until all prophesied for His First Coming had been fulfilled:


To illustrate our point about "coherent" information...

If all of the above messages and Scriptural quotations had coherence, then the following possible conclusions could be drawn:


[a] The Second coming of Our Lord must be at hand.
[b] Karol Wojtyla-John Paul II is the last Pope. [Paul VI, No.1; John Paul I, No.2; John Paul II, No.3]
[c] The groundwork to prepare for the False Christ comes from within the Church itself and it is being openly, but in an undetected manner, laid down.
[d] The "two witnesses" or "two olives" [Rev. 11:3-5] are at work in the world but as yet unrecognized, but...

In the face of the lack of coherence among the information coming from so many other apparently legitimate supernatural sources the reader should ponder upon the following:


There is lack of coherence because obviously many lies are being disseminated to the unsuspecting faithful.

But then, who is lying? Our Lady? The Vatican? The Visionaries? The Pope? The Editors and Publishers of the many books on the subject?


There is no simple technical answer to these very disturbing but real questions. The only real answer to this frightening crossroads upon which the Faithful have come may be found through prayer. (4)

That answer was delivered through Fátima in 1917 and explained through Miguel de Portugal (5) in the year 2002.

It is imperative that the Faithful remembers that Blind Obedience is not of God.

God does not speak from both sides of His mouth - He is Perfectly Coherent.

On the other hand, Church Leaders, alleged visionaries, etc., etc. are certainly capable of speaking from "both sides of the mouth", and many certainly do, most especially when there is great Institutional and/or personal gain involved.

If the Faithful were to blindly follow his/her Shepherds, then God would have sent His Holy Spirit ONLY upon the Head of His Church (6) and its Shepherds. (7) Think about that!

There is no doubt that the Holy Spirit of God is the Infallible Guide of the Church. The problem has been that in too many cases the Popes (8) and the Hierarchy (9) have not followed such guidance and the world is right now living those painful consequences.

Our advice is that, if the information/guidance/instruction is not coherent with everything else - but primarily with the Holy Scriptures - even if it appears to come from the Chair of Peter (10) do not believe it or follow it.

Do not be scandalized. The Catholic Faith does not demand the Faithful to believe in this or that Apparition or Message. Nor it demands that he/she follow the example of this Saint or that Saint. Nor it demands that he/she accepts every word uttered by the Successor of Peter - as infallible (11). If that universal infallibility were true, H.H. John Paul II would not have had to publicly ask for Divine Forgiveness over 95 times nor Popes would be required to go to confession, would they?

Think about all of that too. It will not destroy your Faith, it will strengthen it. (12)

(12) The Faith with the most concentration of revealed truths

Original version issued only for Worldwide Ecclesiastical Distribution on March 30, 1996. Texas, U.S.A.
Simplified and updated  for the general public on March 16th, 2018.

© Copyright 2003 - 2022 by The M+G+R Foundation. All rights reserved. However, you may freely reproduce and distribute this document as long as: (1) Appropriate credit is given as to its source; (2) No changes are made in the text without prior written consent; and (3) No charge is made for it.

Mysteries Of God That Allow Us To Better Understand Heavenly Messages

The Second Coming of Our Lord Jesus Christ... But When?