Brought To You By...

A Lion, a Tiger and a Bear - The Most Unlikely Gang Of Friends You'll Come Across

"A picture is worth a thousand words", the saying goes. Therefore we are saving 14,000 words as we graphically show a living example of the results of God's Megaphone. (1)

If anyone ever had any doubt about the positive effect God's Megaphone (1) has, after reviewing these joyful pictures no one will!

These traditionally wild animals came from a background of abuse, neglect and fear. Now they've bonded together and are truly inseparable.


This is Leo the African Lion, Baloo the Black Bear, and Shere Khan the Bengal Tiger. (2) 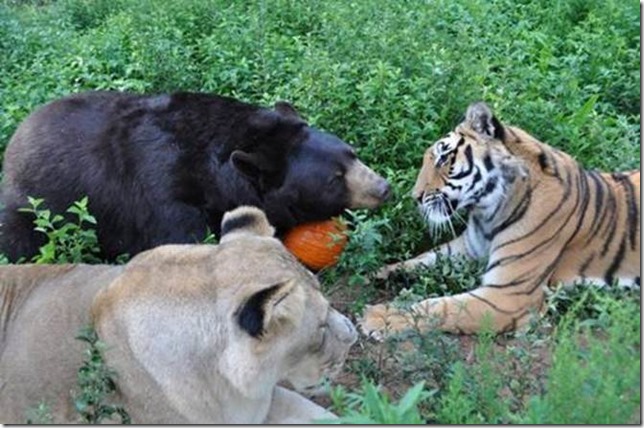 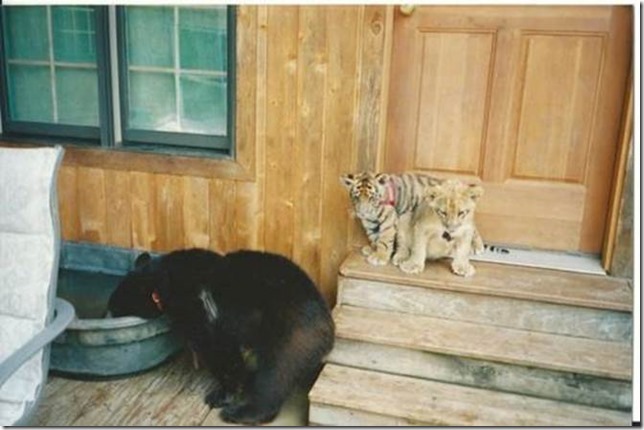 They were starving, traumatized, and had bacterial infections. 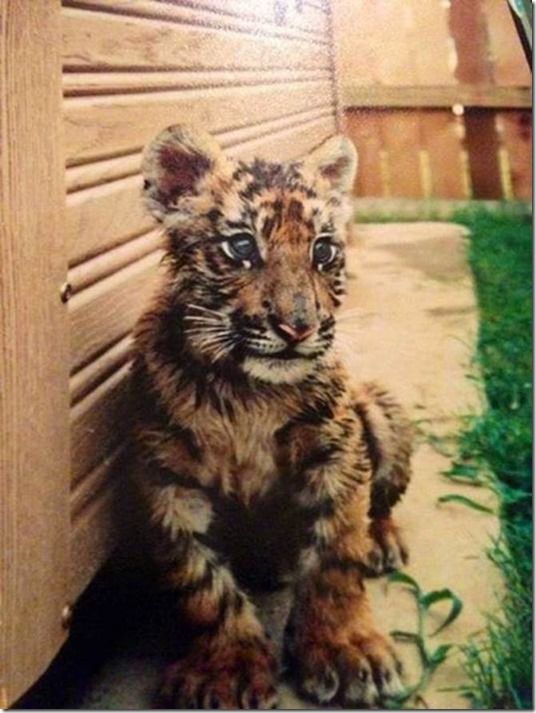 Since then, they were brought to Noah's Ark Animal Sanctuary 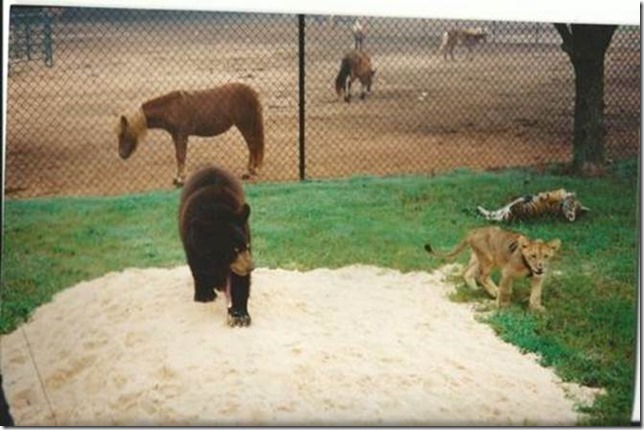 Where they've lived in the same habitat together for 13 years. 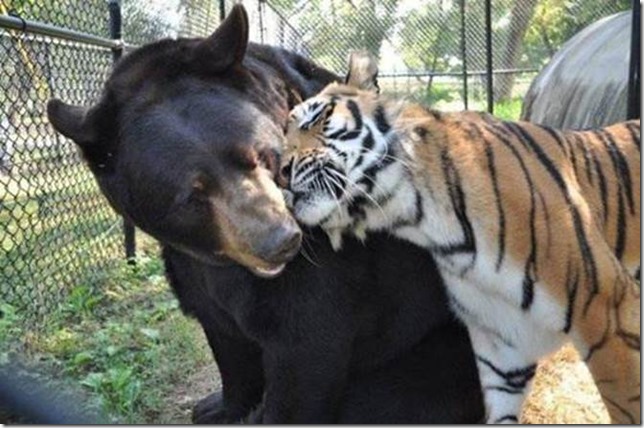 The only time the three were separated was when Baloo was sent to surgery.

While at the drug dealer's home, Baloo had been mistreated so profoundly that the harness that was put on him had grown into his skin. 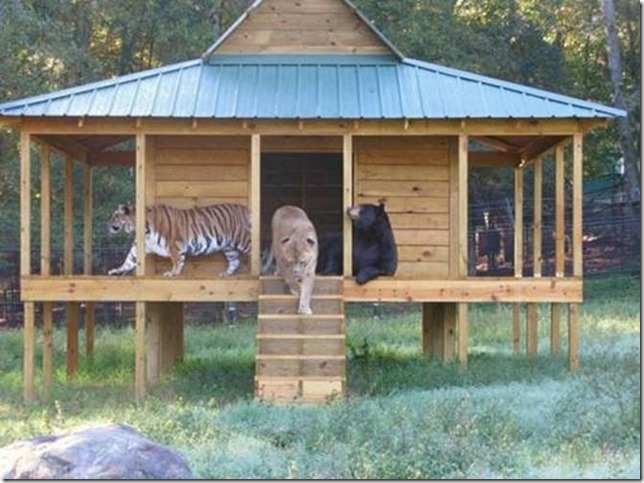 The two cats were distraught and cried for the bear's return when he was at the vet's. Since then, no one has separated the group. 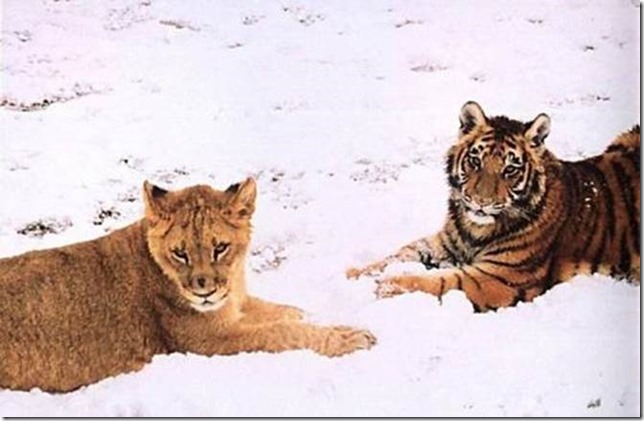 They had clearly bonded during their earliest memories, and never wanted to be apart. 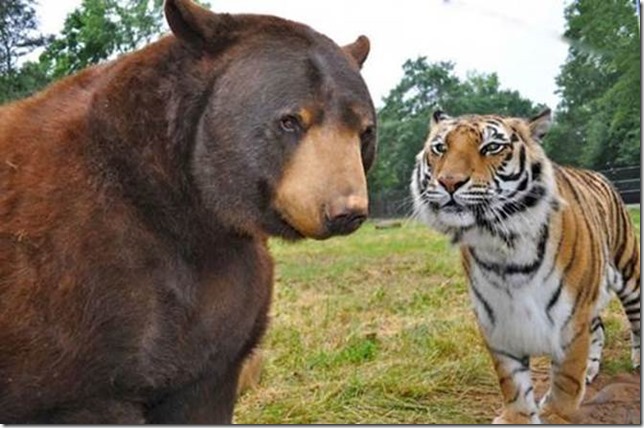 Now they live together as if they were brothers of the same species. 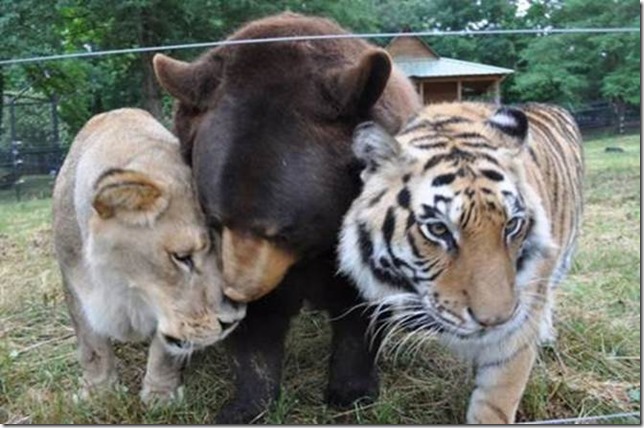 They play together, nuzzle one another, and are extremely affectionate. 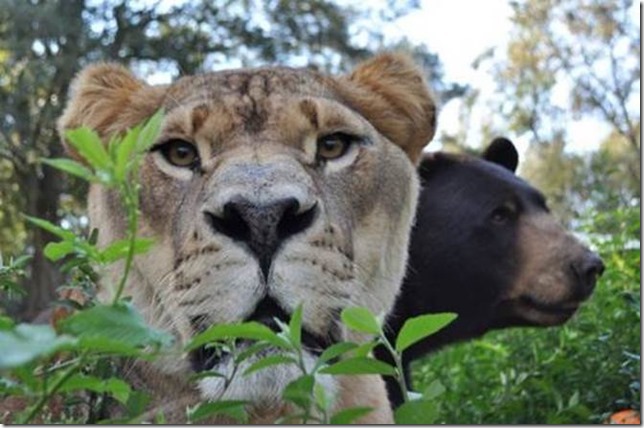 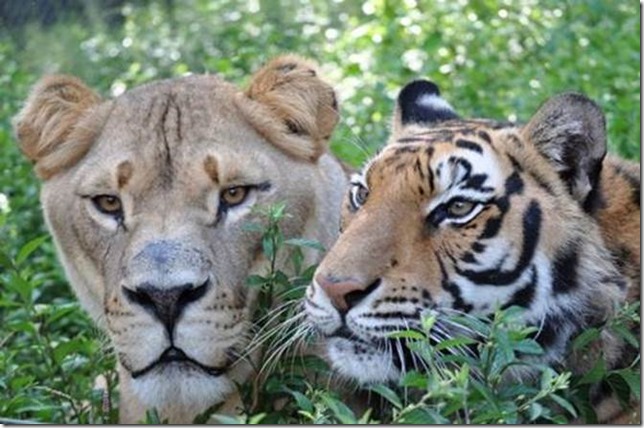 They're just that exceptional. 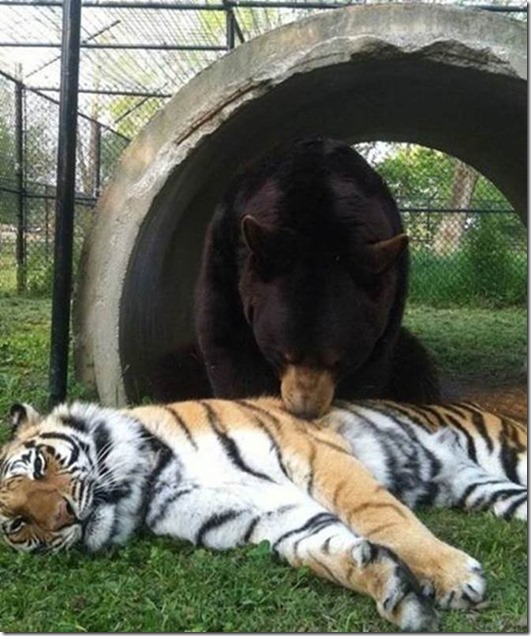 Humans could really learn from the bond that these three have. 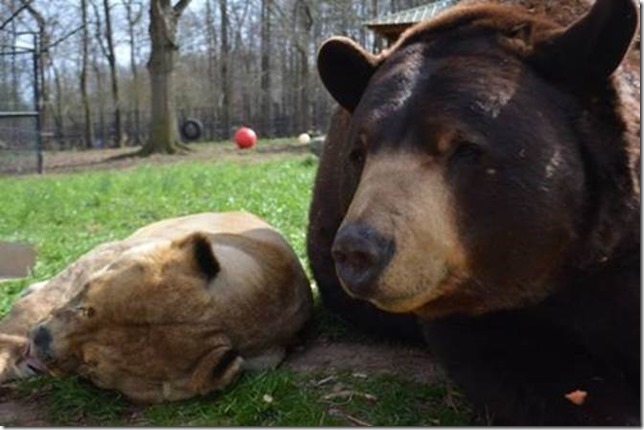 No one ever told them they couldn't love one another, so they did just that.

And now, even all these years later, they continue to do so. 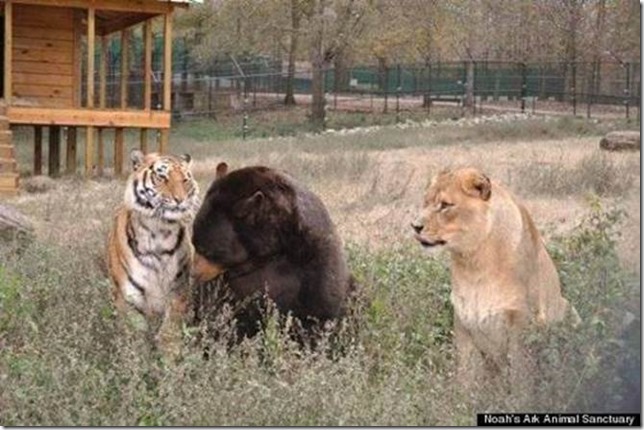 The trio are affectionately referred to as BLT, standing for bear, lion, and tiger.

Now, do you fully understand why God was left with no other option but to allow the Chastisement (3) humanity has brought upon itself?

Do you now understand how we - humans - will behave with each other after the Chastisement? Exactly the way we were intended to act - just like these three wild animals now act with each other.

Just like God transmitted to humanity through the Prophet Isaiah:


5 Righteousness will be his belt and faithfulness the sash around his waist. 6 The wolf will live with the lamb, the leopard will lie down with the goat, the calf and the lion and the yearling] together; and a little child will lead them. 7 The cow will feed with the bear, their young will lie down together, and the lion will eat straw like the ox. 8 The infant will play near the cobra's den, and the young child will put its hand into the viper's nest. 9 They will neither harm nor destroy on all my holy mountain, for the earth will be filled with the knowledge of the Lord as the waters cover the sea. 10 In that day the Root of Jesse will stand as a banner for the peoples; the nations will rally to him, and his resting place will be glorious. [Isaiah 11]


If we had tried to come up with a better example we could not have!

© Format and message Copyright 2015 - 2022 by The M+G+R Foundation. All rights reserved. However, you may freely reproduce and distribute this document as long as: (1) Appropriate credit is given as to its source; (2) No changes are made in the text without prior written consent; and (3) No charge is made for it.