(1) The underscoring was done by The M+G+R Foundation.
(2) The address of the original document may be found at the end.
(3) With the exception of links, the following is an accurate reproduction of original document. 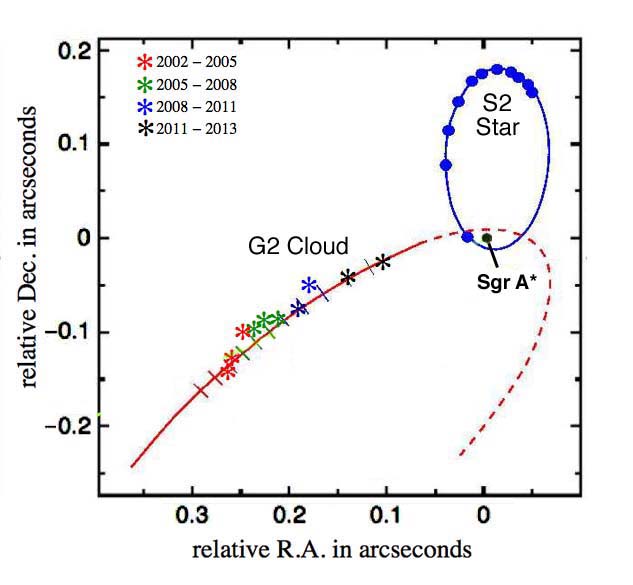 Figure 1. Trajectory of the G2 cloud as it nears the Galactic core.

This is a further update about the G2 cloud which is observed to be on a high-speed trajectory toward the Galactic core; see Figure 1.  The evidence now looks almost certain that the G2 cloud contains an embedded star (or stars).  Eckart, et al., 2013 have detected a K band infrared image of the cloud and have concluded that their results indicate that the cloud contains a star having a mass somewhere between one solar mass and 30 solar masses.  They refer to the G2 cloud as a DSO, or "Dusty S-cluster Object."

Papers published so far on the G2 cloud have failed to discuss the possibility that an embedded star might carry with it a companion.  And yet this is the most important aspect to consider in this upcoming cloud-core encounter, because tidal stripping of a companion star and entrainment into the Galactic core would almost certainly trigger a core explosion with consequent prompt superwave impact on our solar system.

Whether or not the companion star is stripped away will depend on whether it orbits outside or inside the primary star's L1 Lagrange point, the point of no return beyond which orbiting dust, planets, or companion stars come under the influence of the Galactic core's dominant gravitational pull.  The L1 point is located close to the star on the side facing the Galactic core; see Figure 2.  If a companion star orbits its primary star at a distance closer than this L1 point distance, it will remain under the influence of the primary's gravitational pull and remain bound in a binary orbit.  If not, it will enter the core's Roche lobe and get sucked in. 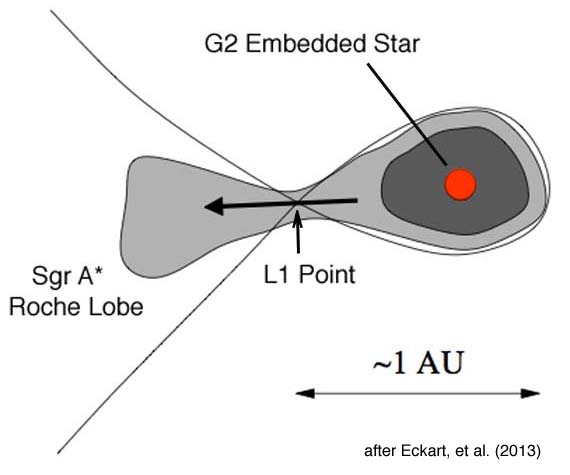 Figure 2. Illustration of the L1 Lagrange Point in relation to the G2 star.

The statistics do not look to favor the companion's survival.  Binary stars are separated from one another on average by about 8 astronomical units (AU), although they can be located as close as 0.1 AU in very close binaries.  By comparison, Eckart, et al. note that when the G2 cloud is at periastron distance, and if its embedded primary star has a mass of one solar mass, its L1 Lagrange point will be positioned about 0.1 AU away; if the embedded star is an 8 solar mass star, its L1 point will lie further out, about 0.5 AU away; and if the cloud contains a 30 solar mass star, its Lagrange point will lie still further out, about 1 AU away.  So with the Lagrange point being so close to the primary star (0.1 to 1 AU), the chances are that when the G2 cloud makes its closest approach to Sgr A*, the companion star will be orbitting outside the L1 Lagrange point and within the Galactic core's Roche Lobe.  This means that it will almost certainly be stripped off and end up getting pulled into the core.  If the tidally stripped body is of lower mass, such as an Earth sized planet or jovian planet instead of a star, then it is likely that the triggered core outburst will be much smaller.  How large or small cannot be said.  There is no way to predict.

At periastron, its closest approach to the Galactic core, the G2 cloud will be somewhere between 125 and 200 AU from the core following the highly eccentric orbit shown in Figure 1.  At its closest approach, it will come about as close to the core as the S2 star, when that star is at periastron.  Since S2 makes has an orbital period of a bit over 15 years, it has made many close approaches to the core in the past centuries with no serious consequences.  Since no outburst activity was observed when the S2 star passed close to the core in 2002, one might ask whether we have anything to worry about from the G2 cloud.  For the S2 star to make repeated passages of the Galactic core with no noticeable consequences, we may conclude that it is a single star and that any companion objects such as stars or planets were long ago stripped away by the core's gravitational field.  In fact, it is possible that S0 is the remnant of an inbound star system which had its companion mass stripped off some time in the past and resulting a core explosion.  For example, it may have triggered one of the 13 minor core outbursts that took place in the past 5300 years.  The G2 cloud, however, is making its first pass of the core, and the statistics are stacked in favor of it having a companion.

Tidal stripping will be most likely begin to occur when the G2 cloud has reached its periastron, point of closest approach to the Galactic core.  Based on predictions of various authors, this is most likely to occur sometime between March and May of 2014; see Table 1  Once we see the G2 cloud divide and a mass split off, we will only have two to three weeks before the mass reaches the core surface and triggers an explosion.  So we should keep close watch should something be about to happen.

The research that went into the preparation of this posting was financed by the Starburst Foundation.

The source o the above reproduced page is:  http://etheric.com/g2-cloud-likely-contain-star-increased-chance-core-explosion/